On Monday 24th August, 2015, Archery Guyana was officially launched at the Carifesta Grounds at a modest but historic Event hosted by World Archery Americas in collaboration with the Guyana Sport Shooting Federation as it then was, and the Ministry of Education, Department of Culture, Youth and Sport as it then was. Guyana was at that time officially a permanent member of the World Archery and ready to pave the way forward for this Olympic sport to be added to Guyana’s sport portfolio.

On 20th March, 2017, Archery Guyana was then lawfully registered by the Registrar of Business Names and duly issued with Certificate of Registration No. 151718, Laws of Guyana.

Archery Guyana Inc. was then taken a step further by being duly incorporated on the 4th day of May, 2018 as a body corporate without share capital under the Companies Act 1991, Laws of Guyana as Company No. 9290.

On the Inaugural Annual General Meeting of Archery Guyana Inc. held on September 11, the Elections for the new Board of Directors were conducted by the duly elected Returning Officer, Attorney-at-Law and Honorary Counsul to Japan, Mr. Kashir Khan, who officially released the following information after the democratic and transparent electoral process in the presence of an independent observer from the National Sports Commission, Mr. Seon Erskine.

Mr. Mohamed Khan
President
Mohamed S.G.F. Khan, an Attorney-at-law in private practice since 1996 and a Trained Mediator since 2002. In 2009, as a Chevening Scholar, he obtained a Masters Degree in International Conflict Analysis from the University of Kent (UK). He is a past president of both the Guyana Bar Association (2012-2013) and the Guyana Mediation Institute (2010-2011). He also served as Director on Board of the National Accreditation Council (Guyana) from 2012 to 2016 and is Vice-President of the Guyana Sport Shooting Foundation from 2016 to date.  Mohamed is married to Raihaana and is the father of 4 children. He has always enjoyed outdoor activities and sports and took naturally to the many disciplines of the GSSF, especially Archery. He has been part of Archery Guyana from its inception and as from May 2018, he is a Level 1 Certified World Archery Coach. He hopes to make meaningful contributions to the advancement of the sport of Archery in Guyana.

Mrs. Vidushi Persaud-McKinnon
Secretary-General
Mrs. Vidushi Persaud-McKinnon is an Attorney-at-Law in private practice. Since she was called to the Guyana Bar in 2001, she joined her Family’s Law Firm of Persaud & Associates, Georgetown. She currently serves as the Vice-Chair of the National Commission on Disability, Member of the Guyana NRA, Member of the United States Practical Shooting Association and the Steel Challenge Shooting Association. Vidushi is also a certified Level 1 Squash Coach and CASA Referee, having spent years on the executive of the Guyana Squash Association. In 2014 she received a National Sports Award for Female Sports Official/Personality of the Year for Guyana. She is a Level 1 Certified World Archery Coach. Ms. Persaud has been at the helm of Archery Guyana since its Launch in 2014 and is encouraged by the strides made to bring sport shooting in Guyana to a whole new level.

Mr. Nicholas Hing
Treasurer
A graphic artist by profession, Nicholas Hing has been involved in the world of commercial/graphic art for over 25 years, beginning under Bernard Ramsay (Creative Advertising & Marketing), then with Vic Insanally (Guyenterprise Advertising Agency), and is currently employed at the Times Media Group as Group Creative Director. Although he has been indirectly involved in the sports of Karate and hockey through his family, his involvement in archery was fully realized through involvement with Archery Guyana and its collaboration with World Archery. He is a Level 1 Certified World Archery Coach. 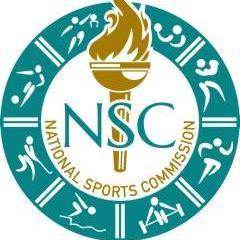